We’ve had a few requests for holidays that are more ‘Knock Friendly’, so we’ve planned a few Sun Holidays in 2017 that you can easily get to without traveling all the way over to Dublin or even down to Shannon, with more to come! (Prices are correct at the time of going to print, and found on Skyscanner.ie, so if you want to best price make sure you book early!)

We have planned trips to Lanzarote in February, April and July 2017, and you can fly from Knock Airport if you fly out a day before or after the rest of the group. So instead of arriving February 18th, fly directly on February 16th x 7 nights for just €126 return.

In April I have planned the trip to arrive in Lanzarote on April 12th, and there’s a flight from Knock on April 7th returning April 14th, the first week of the Easter holidays. You’ll only get two days with the rest of the group though, which might not be ideal if you’re specifically looking to meet other one-parent families and no one else flies in from Knock.

On July 22nd though, flights go from Cork, Dublin AND Knock on the same dates! So you’ll arrive the same day as the rest of the group, and prices at the moment are just €257, which is cheaper than Cork or Dublin and a fantastic price for return flights to Lanzarote in July.

Another fantastic destination is Tenerife, and we’re planning to be there July 1st, but you can fly from Knock if you’re happy to arrive earlier on June 29th x 7 nights, with flights priced at €322.

A shorter flight and one of my personal favourite destinations is Portugal, and we’re arriving there June 9th for an earlier Summer holiday, but you can fly in from Knock just one day earlier on June 8th x 7 nights, with flights at just €179 each.

Finally, one we’re very excited about, is to stay in the beautiful caves of Andulicia. Fly into Alicante just a day earlier, landing on July 15th for 10 nights, prices at just €228 right now from Knock.

We’ll add more Sun Holidays for 2017 in the coming weeks, and just remember that it’s your holiday, so the dates are flexible if it means you can travel from your favourite local airport! 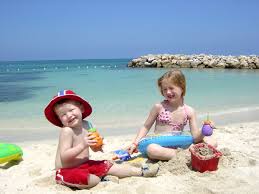 Field Notes From Fatherhood
My Struggles As A Single Dad